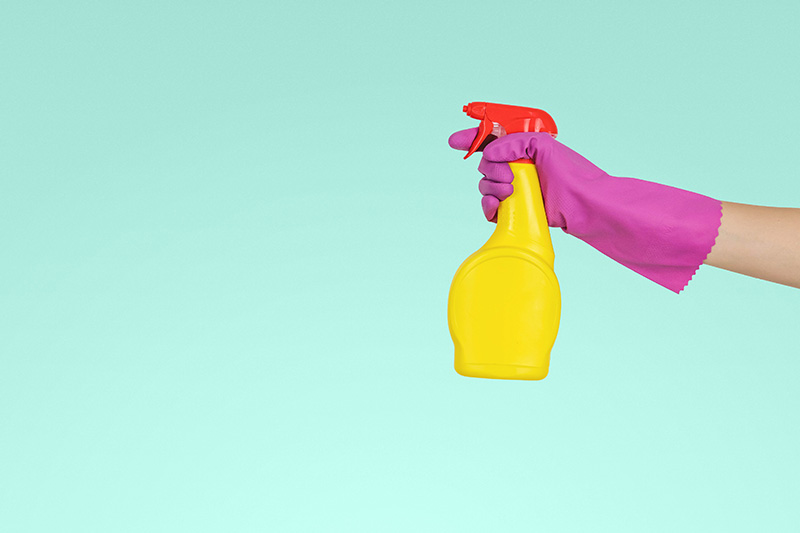 Some of my departmental colleagues at the school where I work are staunch chemistry advocates and are trying to eradicate the chemophobia which has become quite prevalent among certain elements of society.
Chemophobia is a fear or rejection of synthetic chemicals (manufactured by people) caused by fanaticism, ignorance or misinformation.
I do not suffer from chemophobia, on the contrary, I am very grateful for the great advances that this scientific discipline, and its technological applications, have brought to humanity. Wine, soap from Castile and durable plastics are examples of artificial chemicals whose existence has very positive aspects.
But we didn´t create chemistry, it is at least as old as the planet. The water, carbon and nitrogen cycles and their interaction with life involve thousands of chemical reactions in which molecules are constantly created and destroyed. Life itself emerges from complex chemical reactions.

The problem is not chemistry, but our irresponsible use of it.

With the knowledge acquired over the centuries and after the industrial revolution, we have learned to manufacture large quantities of many substances that did not exist on Earth before (synthetic molecules). These new molecules are alien to the natural cycles of the planet. Living beings cannot integrate them into the chemical processes that regulate their organisms, so when they are introduced into their internal reaction chains they interfere with the normal functioning of individuals and ecosystems.

Over the past 70 years we have created and introduced tons of materials into our environment consisting of more than 100,000 new substances from a never ending assembly line of consumer products. 90% of these new molecules have been put on the market without any study of their medium- and long-term toxicity. Many of them are volatile and already form part of our atmosphere; others dissolve easily in water, so they flow through the pipework of our homes, and are present in lakes, rivers, seas and marine life. Others are deposited in the soil and are ingested by herbivores, assimilated by plants and microorganisms and form part of the dust in our homes. It is also very easy for us to absorb them directly through our skin or lungs from products we use at home. In short, the chemical nature of the environment has been altered; we can clearly observe the negative consequences that the introduction of these new molecules is having on the health of our ecosystems and our species as a whole.

The data available to us tell us that we´re reaching global epidemic levels of chemical pollution.

Most people are unaware of the problem, the media don´t report on it, yet scientists have been denouncing it for years. These synthetic substances, which run through our veins and accumulate in our tissues are related to diseases such as cancer, autoimmune diseases, asthma, allergies, infertility, neuropathologies, endocrine disorders... diseases that have been increasing exponentially over the last 70 years with the concentration of chemical toxins in the environment.

And which substances are the most harmful?

There are hundreds of substances that should be avoided. For example, some of the most common ones in the home are:

1 – The sulphates: Sodium Lauryl Sulphate (SLS), is used in detergents, gels and shampoos for its ability to produce foam and remove dirt very effectively. In many cases, this is replaced by the less aggressive SLES (Sodium Laureth Sulphate), which is associated with the 1,4-dioxane that is generated in its manufacture which is recognised as carcinogenic, although surprisingly, the manufacturers are not obliged to include it in the list of ingredients. It is present in masks, hand creams, toothpaste, shampoos, make-up, face cleaners... Another sulphate that is increasingly used in pseudo-natural products is Sodium Coco-Sulphate (SCS) which is a mixture of SLS and other sulphates from coconut oil rather than petroleum, i.e. the final product is the same even if the origin is different. The sulphates destroy the protective oil layer that our skin generates to defend itself naturally, producing irritation, dryness and dandruff on the scalp.

2 – Phthalates: listed on labels as perfume or fragrance, they are endocrine disruptors, that is, substances that the body mistakes for hormones and uses them as such, mainly causing problems related to fertility, cancers and autoimmune diseases. They are found, among other products, in detergents, air fresheners, toilet paper, cosmetics, household cleaners, fabric softeners and deodorants.

3 – Perchloroethylene (PERC): is a neurotoxin and possibly carcinogenic (causes cancer). It is present in dry cleaners, stain removers and carpet cleaners.

4 – Triclosan: Used in laundry detergents, floor disinfectants, toothpaste, deodorants, liquid dishwashers and antibacterial hand soaps. It generates bacteria resistant to antibiotics, destroys favourable bacteria and is concentrated in aquatic ecosystems where it is very toxic to the organisms found there. It is suspected of interfering with hormonal functions.

5 – Bisphenol A (BPA): is a plastic present in tin coverings and in shopping receipts, amongst other products. Banned in many European countries, it is expected to be banned in Spain in the near future. BPA is a very powerful endocrine disruptor related to infertility, thyroid problems and cancers.

They are used due to their low price and their properties as preservatives, bactericides and fungicides. They cause skin sensitization and allergic reactions. They are associated with breast cancer. They foster metastasis, decrease fertility, have an estrogenic effect, alter the nervous and cardiorespiratory systems, and damage the skin when exposed to sunlight. Although in each product the individual concentrations of parabens are below the toxic doses, we are exposed to many of them, which is why the so-called "cocktail effect" is produced, which consists of their combined harmful effects being enhanced. They are also bioaccumulative.
They are present in many cosmetic and cleaning products, especially in low-priced ones. They are also marketed as food preservatives under the following names: E-214, E-215, E-216, E-217, E-218 and E-219.

And what to do in this situation?

I think that, to begin with, the correct attitude towards this problem is to be aware of it, to keep informed and not to indulge in extreme viewpoints. It's just as bad to stick your head in the sand like an ostrich and forget about it, as it is to become obsessed and fearful. We live in a polluted world and it is impossible to isolate oneself from the environment. However with a proactive attitude, keeping ourselves informed, and changing certain habits, we can significantly reduce chemical pollution in our bodies, homes and ecosystems. This is what I call developing chemical hygiene.
In the next post I will share with you 15 ways to live a life with as few toxins as possible.